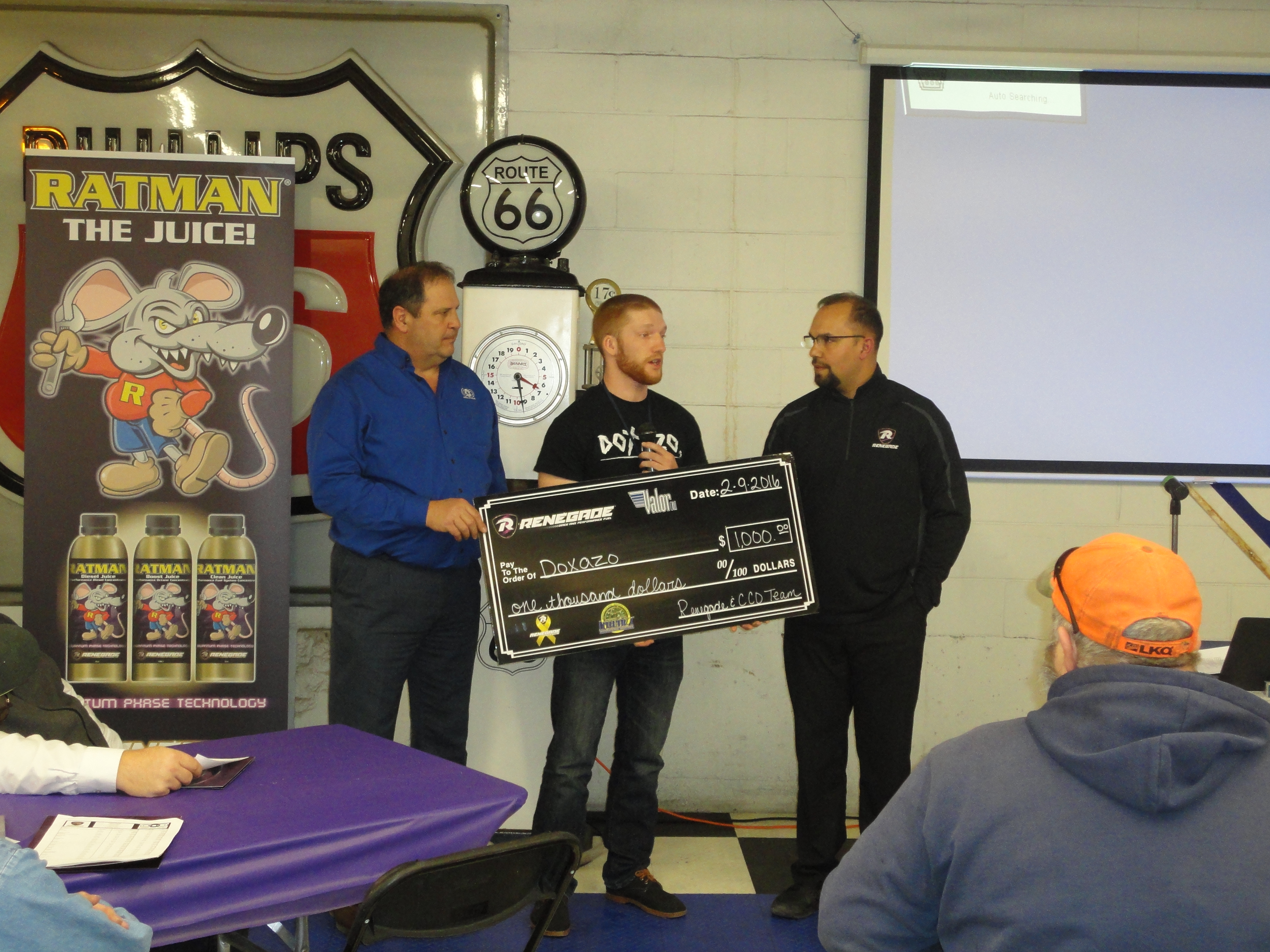 Barry Feaker says the Topeka Rescue Mission has been blessed to receive support from a wide range of businesses and individuals during the nearly three decades he has served as its executive director.

But until this week, he said, he couldn’t remember the Rescue Mission receiving a large gift from a company that does a good deal of its business with local racing enthusiasts.

That will change on Tuesday night, when Capital City Oil, in conjunction with Renegade Racing Fuel, will present the Rescue Mission with a check for $1,000.

The check presentation will take place during a racing seminar that will be held at 5:30 p.m. Tuesday at the Capital City Oil offices at 911 S.E. Adams. The seminar is expected to attract people who race their cars on everything from dirt tracks to drag strips.

Feaker said the Rescue Mission doesn’t spend a great deal of effort in soliciting gifts, such as the one it will receive on Tuesday night.

“People hear about us from other people and support what we’re doing,” Feaker said. “That lets us focus on doing our work here in Topeka.”

In addition to the $1,000 check that will be presented at the racing seminar, attendees also will be able to make individual donations to the Rescue Mission and its various programs in Topeka.

Funds donated on Tuesday night will benefit the Doxazo youth ministry, which became a division of the Rescue Mission in 2014.

Doxazo focuses its efforts in reaching youths in the Hi-Crest neighborhood of southeast Topeka.

Ryan Wynne, director of Doxazo, said he was grateful for the gift that will be presented on Tuesday night, because it will allow his organization to “move forward” with its mission of instilling biblical values among Hi-Crest youths, including training many of them for leadership positions in their community.

Dennis Terry, a member of the Capital City Oil sales team, said Renegade Racing Fuel places a high emphasis on supporting worthwhile organizations in the communities where it does business.

Terry said officials from both Capital City Oil and Renegade came together to select the Mission as the recipient of this year’s fundraiser.

For more information about the racing seminar or to make reservations to attend, call (785) 233-8008.

Get a Free Product Quote

Get a Free Product Quote popup